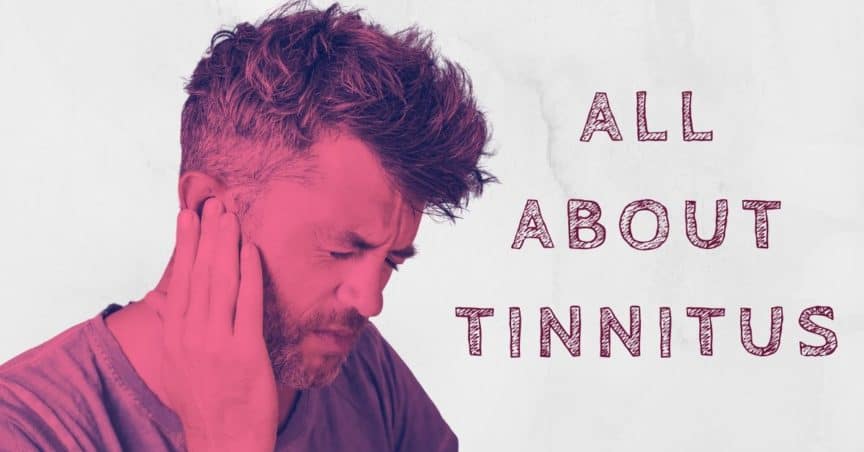 Dr. Jason graduated from A.T. Still University in 2010. He started with Audiology Concepts as a student under Dr. Paula Schwartz in 2008. In 2017, he bought the practice and plans to continue the legacy Dr. Schwartz created. You can expect the best experience with friendly and knowledgeable staff.

Tinnitus or ringing in the ears is a common condition, but much is still unknown about it. As a matter of fact, we know dozens of things that can trigger tinnitus, but we don’t know indefinitely what causes it or how to completely cure it. That’s why it’s important we understand tinnitus more, so we can develop awareness, inform other of prevention methods, and gear research towards a cure.

In this article, we explain what tinnitus is, the known causes, how tinnitus is treated, and many other common questions regarding this issue.

Tinnitus occurs when you hear sounds but there is nothing present to produce an actual sound. More specifically, it’s ringing, whistling, humming, buzzing, roaring, or other sounds that happen inside your ears instead of hearing an external sound.

Most people experience ringing, humming, roaring or other internal sounds within their ears from time to time. Temporary tinnitus occurs suddenly and usually resolves within a few minutes. Furthermore, temporary tinnitus can happen for a number of reasons, such as a new medication or changes in altitude if you’re traveling. It may also occur for no reason. There is usually no cause for concern if the ringing in your ears isn’t persistent

For some people, tinnitus never goes away completely and there are numerous causes of permanent tinnitus, but the most common causes stem from health issues and medications.

Although there are numerous medical problems that contribute to tinnitus, these are some of the most common:

The medications on our list are not the only ones that cause tinnitus. If you’re taking a new drug and experience tinnitus, you should let your doctor know. You can also read the side effects of medications to confirm if tinnitus is one.

What Treatments are Available for Tinnitus?

If your tinnitus is mild, your doctor may suggest eliminating foods and drinks that contain chocolate, caffeine, and sugar because they can make tinnitus worse. You may also need to limit aspirin and other Non-Steroidal Anti-Inflammatory Drugs (NSAIDs) like ibuprofen.

Another treatment your doctor might suggest is Cognitive Behavioral Therapy (CBT) which doesn’t cure tinnitus but directs you to focus on other sounds besides the ringing or humming in your ears. This may include listening to music, nature sounds, or simply focusing on other noises around you.

Hearing aids may also reduce the intensity of your tinnitus if the ringing is caused by hearing loss.

Tinnitus isn’t always preventable, but you can certainly minimize your risk of getting tinnitus as well as reduce the intensity of your tinnitus if you have it. Limiting your intake of NSAIDs (per your doctor’s approval), protecting your ears around loud noises, listening to entertainment on low settings, and limiting harmful substances like alcohol and drugs are just a few precautions you can take.

When is it a Good Time to See an Audiologist?

It’s never a bad time to see an audiologist about your tinnitus. However, you should definitely visit an audiologist if the tinnitus is persistent or loud enough to disturb or distract you.

Tinnitus is uncomfortable and aggravating but physically harmless. The issue with tinnitus is that it is often a side effect of injury or health problems, so it’s a good idea to monitor it closely. You should also discuss it with your doctor if you’re concerned or if it occurs suddenly and won’t resolve. Protecting your ears from damage is the best way to prevent or treat tinnitus.