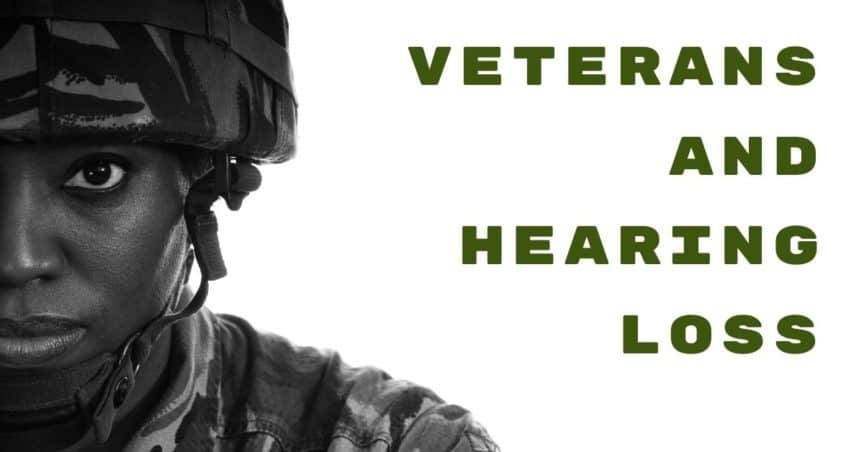 Hearing loss has been a reality for many generations of U.S. military personnel. The fact of the matter is that military service puts a person in close proximity to light arms, bombs, aircraft and other heavy machinery. While in the presence of these monstrous sonic events, one still needs to be readily communicative to maintain the tight coordination required with other service members. It’s a recipe for hearing loss, and it seems necessary, right? Well, while it has been understood that way in the past, things are changing quickly in today’s military.

Many who served over recent decades will say that hearing protection is available, but you can’t always use it. You might protect your ears at the expense of your life, so to speak. Hearing loss was considered an inevitability. Some of our troops’ hearing loss is even the result of traumatic brain injury (TBI) from proximity to blasts from standard-issue weaponry, not the typical noise-induced hearing loss (NIHL) we usually think of resulting from exposure to loud sounds, and there is currently no way to protect against hearing loss as a result of TBI.

As though this weren’t bad enough, between 2003 and 2015, when America was at war in Iraq, the hearing aids supplied by the 3M company were ineffective. The company knew about this, and settled the claim in 2018 for $9.1 million dollars. If you have hearing loss as a result of active duty from 2003-2015, consider participating in the class action through an attorney.

Unsurprisingly, tinnitus and hearing loss are the first and second most common health conditions for veterans, in terms of treatment sought at the U.S. Department of Veterans Affairs’ (VA) medical centers. The VA purchases 1 out of every 5 hearing aids sold in the U.S., paying $348.15 each. This adds up to a very sizable expenditure for the American taxpayers, not to mention the pain and suffering of the veterans who need to seek this treatment.

With awareness of hearing loss on the rise throughout military, civilian and occupational life, it’s becoming clear that we cannot afford to keep damaging our ears. At present, as many as 17% of teenagers in America have measurable hearing loss in one or both ears.

In recent years, the U.S. military has begun to implement TCAPS (Tactical Communications and Protective System) – earplugs that contain speakers to receive communications over radio. This is the best solution possible to military-related hearing loss. Not only does TCAPS protect the ears, but it improves communication while doing so.

Let’s look at a few devices, within or without the TCAPS overview, that help soldiers protect their ears and prevent hearing loss in today’s military:

Unlike traditional earplugs, which attenuate all sound entering the ear canal by an equal degree, level-dependent earplugs allow soft sounds to enter the ears unimpeded, and only come into action when they encounter especially high-frequency or loud transient sound. A soldier can hear voices at normal volume, until a weapons discharge or other sound brings the earplug into play and it closes off the ear canal. While great in many situations, their flaw relative to TCAPS is that they do not increase the volume of the human voice and in fact reduce it dramatically while engaged due to loud sounds being present. They are also not effective by themselves when sustained loud sounds are present, such as flying in an aircraft or operating other combat vehicles.

Taking the approach to reducing the sound produced by a weapon rather than reducing its impact on the ear, suppressors have a number of advantages. They attenuate the sound of a weapon’s report by 30 decibels. Thanks to that reduction, the soldier does not need to wear earplugs and thus verbal communication is not degraded. Furthermore, the weapon’s quieter report is less likely to alert enemy forces to the soldier’s location.

Much like the TCAPS earplugs, noise-attenuating helmets provide hearing protection as well as allowing for radio communication with built-in speakers and microphone. They have the additional advantage of protecting the head and eyes from traumatic injury. They also include active noise-cancelling technology (like the headphones you might wear on a commercial aircraft). They also serve to keep the head warm, which can be more or less desirable depending on the climate.