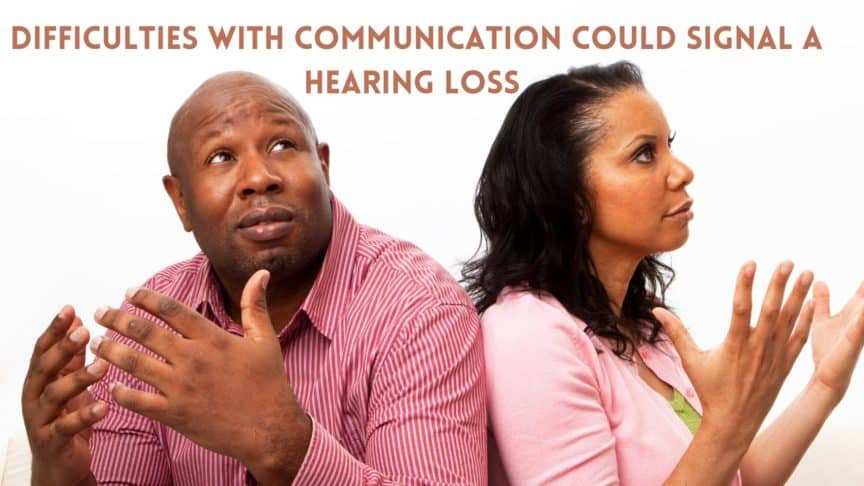 Do you find yourself struggling to hear people in a crowd? Perhaps you find you have to ask people to repeat themselves more often than not? While it is tempting for many to blame this on other people mumbling or not speaking up enough, it is one of the most common early signs of hidden hearing loss.

If you can hear fine in the quiet of your home but struggle in the grocery store or crowded post office, then this could signal an undiagnosed or “hidden”hearing loss. It can be incredibly frustrating for many who have their hearing screened regularly by their doctor to still struggle to hear in noisy environments. Let’s explore more about hidden hearing loss to understand if this is an issue you deal with.

What is Hidden Hearing Loss?

While the most common cause of hearing loss stems from damage to the tiny hairs of the inner ear, which picks up audio information, hidden hearing loss actually occurs in the brain. Most hearing exams will measure your hearing by sending tones and pitches to your ears in a soundproof room. You will report which degree of sound you can hear and the audiologist will be able to identify which sounds are out of your hearing range. With hidden hearing loss it materializes in noisy or crowded spaces, making it all too easy to go undiagnosed in a traditional hearing exam.

While doctors are still undecided on the actual cause of hidden hearing loss, researchers at the University of Michigan have explored potential factors. Led by Dr. Gabriel Corfas, director of the Kresge Hearing Research Institute at Michigan Medicine’s department of otolaryngology, researchers recently published their findings in the Nature Communications journal.

The study reported that one of the major reasons hidden hearing loss occurs is the disruption of the Schwann cells in the brain. Schwann cells create myelin which is an insulator for neural pathways from the ears to the brain. When Schwann cells are disrupted they cannot send information to the brain. Much like the hair cells of the inner ear this type of damage is permanent. Doctor Corfas’ team also found that another cause for hidden hearing loss, which also occurs in the brain, could be due to a breakdown in the synapses that connect the cells of the inner ear with the neurons that will carry sounds signals up to the brain.

When synapses become damaged and depleted sound cannot reach the brain where it is processed. This particularly affects which sounds the brain can detect and how to prioritize them. In a crowded environment the brain can become easily overloaded when the synapse is compromised leading to hidden hearing loss.

Doctor Corfas found that the most common behaviors, which lead to hidden hearing loss, are exposure to loud noise. While it is commonly understood that loud noise can damage the hair cells of the inner ear, it is now being accepted that noise also affects the brain’s ability to process sound. This is particularly alarming for a younger generation who may put their hearing at risk by listening to media like music, movies and video games at loud volumes for hours. “Exposure to noise is increasing in our society, and children are exposing themselves to high levels of noise very early in life,” reports Corfas. “It’s clear that being exposed to high levels of sound might contribute to increases in hidden hearing loss”.

While currently hidden hearing loss is irreversible, hearing aids have been found to amplify the sounds you may struggle with in noisy settings, helping you to prioritize the people and sounds you want to hear. If you suspect you are struggling to hear in noisy environments it is time to have your hearing tested again.

Specify that you suspect you have a hearing loss, as there are many tests, which can identify this condition, especially if it is being specifically examined. Having your hearing loss identified and treated early on can help you stay connected and social, making it possible for you to enjoy the life you love living!