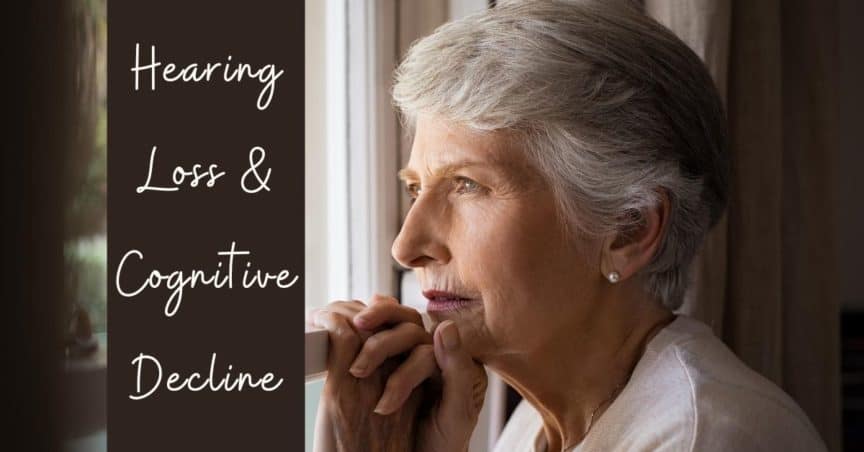 It’s no secret: hearing loss is a part of getting older. While age-related hearing loss statistically begins around age 45, it’s usually not problematic until later in life. About 33% of people aged 65 – 74 have moderate or worse hearing loss, and about 50% of those over 75 do. Nearly 100% of centenarians have hearing loss, indicating that anyone who lives long enough will lose their hearing.

It’s Not Only Rock and Roll

The common assumption for generations has been that while hearing loss is an annoying part of getting older, it’s not really a health concern. We might think about the rock and roll concerts we attended in our youth and wish we’d worn earplugs back then, but we don’t often think about the possibility that hearing loss could lead to worsening health in other areas, or that it could indicate another problem.

As modern medicine gains new knowledge about the interdependence of our bodies’ systems, hearing loss comes into better focus. Those rock concerts probably aren’t the reason a person loses their hearing earlier than others of their age, but unusually rapid age-related hearing loss may be an early indicator of underlying cardiovascular disease.

We’ve also learned that anti-inflammatory diets such as AMED (Alternate Mediterranean) and DASH (Dietary Approaches to Stop Hypertension) significantly slow the rate at which age-related hearing loss progresses, in addition to having benefits in many other areas of the body.

A link has been identified between hearing loss (as well as vision loss) and cognitive decline. While studies have not yet indicated whether this is a causal link, there is a strong suggestion that treating hearing loss with hearing aids can help slow the onset of cognitive decline and dementia. An ongoing 5-year study set to conclude next year should indicate more conclusively whether this is the case.

Intuitively, it makes sense that when we reduce the stimuli that the brain has to work with, we might see changes in the brain in response to this lack of input. There are three ways that hearing loss can potentially lead to cognitive decline.

The first is “cognitive load.” When the ears stop sending complete signals to the brain, a person who is used to hearing needs to strain in order to hear. The brain has to work overtime to try and put together an idea of what it is hearing out of garbled messages.

The second is the increased risk for loneliness and social isolation that comes with hearing loss. Other people are the best stimuli and when we don’t see enough of them, our brains don’t do the work of engaging in the way that other people inspire them to. It’s also worth noting that loneliness, one of the major risks of untreated hearing loss, has been found to be as bad for a person’s health as smoking 15 cigarettes per day.

Third, and perhaps most compelling, is the idea of “brain atrophy.” This is a well-documented result of hearing loss, where the auditory cortex begins to atrophy as it stops getting messages from the ears. The auditory cortex also has ties to memory and learning, so the slippery slope from hearing loss due to brain atrophy to cognitive decline is not hard to imagine.

In fact, this is why many audiologists and hearing health centers offer training courses with new hearing aids- not because the technology is confusing. Brain atrophy results in a person actually losing the ability to hear speech, so training courses can help a person learn to listen again. In cases where a person’s hearing has not been problematic for long, it is a much less difficult transition to begin wearing hearing aids.

Get Your Hearing Tested

If you or someone you know is struggling with hearing loss, make an appointment with an audiologist today to get a hearing test and start hearing well again. Studies show that 91% of people who get hearing aids are happy with them when asked one year after, and they’ll help you avoid many of the negative outcomes of untreated hearing loss. Your brain will thank you!