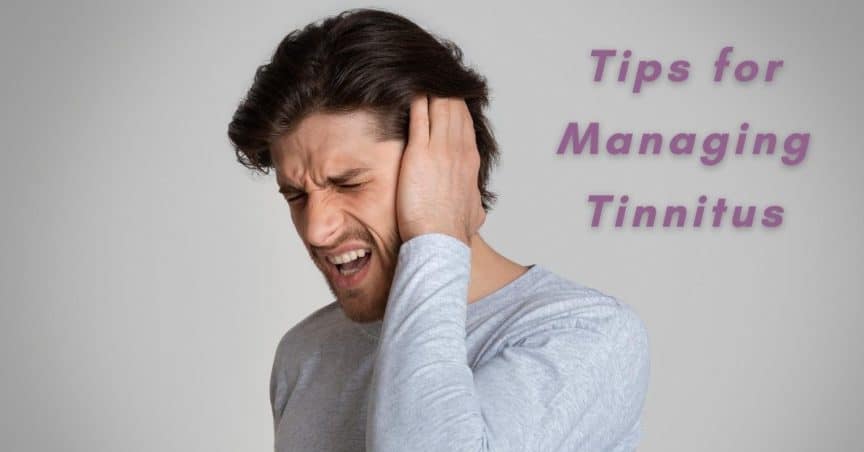 Tinnitus has affected some 50 million people in the United States. It’s the number one medical concern for veterans returning from combat. It’s an early sign of hearing loss, but can also be caused by obstructions in the ear canal, Meniere’s disease, or a number of other physical problems that may be treatable. There is a long list of prescription drugs that may cause tinnitus as a side effect. It can even be caused by stress or excessive caffeine consumption. So what is tinnitus?

Any phantom sounds are classified as tinnitus. The most common is “ringing in the ears,” where a persistent high-pitched tone is heard from what seems like inside the head. It can also show up as a buzzing or clicking sound, or a periodic, loud screech. Some people experience it at a low level and may only notice it when no other sound is present. For others, it can maddeningly overwhelm outside sounds.

Because tinnitus can take so many forms and have such varied causes (tinnitus, by definition, is a symptom, not a disease), the medical community has had great difficulty in tracking down a cure. What works for some people doesn’t work for others, and in some cases treatment takes the form of simply managing the problem rather than curing any underlying cause. Indeed, the underlying cause may not be discovered.

If you’re experiencing tinnitus, here are a few things you can do to try to alleviate it:

There’s no guarantee that any doctor can cure your tinnitus, but it is still an important step to see them. They might discover that impacted earwax is the cause, or fluid in the middle ear. Your general practitioner might refer you to an ear, nose and throat specialist or an otolaryngologist who may discover an underlying issue, or an audiologist who can help alleviate the more disabling effects of tinnitus.

Consider Your Medications and Chemicalia

There are over 1,000 substances including prescription and over-the-counter drugs, herbs, and other chemicals that are associated with tinnitus. These can include regular prescriptions for heart disease or depression, or even antibiotics. Certain combinations of drugs can make tinnitus even more likely. Let your doctor know about all drugs and herbal supplements you’re taking, or any chemicals you encounter at work or use regularly at home.

While it’s not a cure, masking the sound of your tinnitus is a great way to alleviate it temporarily. William Shatner, who began suffering from debilitating tinnitus after an explosion on a Star Trek shoot, has said that masking is the best way he’s found to get relief.

There are countless ways you can create the masking sound. Some people simply turn on a fan when they go to sleep, but there are CD collections of masking sounds available, YouTube videos that play one sound for hours on end, and various smartphone apps that will even allow you to combine various masking sounds to create the sense of being outdoors or at sea.

Stress can sometimes be the sole cause of tinnitus, and can definitely aggravate it whatever its root cause may be. Mindfulness and meditation might help. One can potentially get stuck in a feedback loop of believing that tinnitus is unbearable, which creates more stress, which makes the tinnitus worse. If you already have go-to ways to “chill out,” give them a try, or consider visiting a cognitive behavioral therapist. Some people also report having good results with acupuncture.

Mounting research in all areas of medicine is showing that anti-inflammatory diets such as the Alternate Mediterranean diet (AMED) and Dietary Approaches to Stop Hypertension (DASH) can help relieve tinnitus, reduce the risk and slow the progress of hearing loss, reduce the risk of heart disease, improve joint health, improve brain function, and have just about any other positive effect on health outcomes you could imagine.

A study published in the American Journal of Medicine in 2014 found that women between the ages of 20 & 50 who drank 3-4 cups of coffee a day had a lower risk of developing tinnitus, while other studies have indicated that coffee can increase the risk of hearing loss. The best current wisdom seems to be that drinking 3-4 cups of coffee a day is either beneficial or not harmful, and drinking more than that can cause complications including an increased risk of tinnitus.

If you have been struggling with tinnitus, we’re here to help. Contact us today to learn more about our tinnitus services.